Emma Galloway worked as a chef for eight years before realizing that she suffered from gluten and lactose intolerance. And suddenly you’re working with restaurant-level deliciousness in a matter of 30 minutes or less. Recommended eating scenarios include as a side for some nice pan-seared chicken or steak, as its own thing with a green salad to fill out the plate, or literally straight out of the pan as you stand in the kitchen in your sweats. I mean, I don’t want to make assumptions about your date nights, but I am Team Fettuccine in Sweats for life.

There’s a restaurant in Vancouver that’s known for its fried chicken wings. It’s a hole in the wall kinda joint in Chinatown, where you have to line up for hours, usually in the rain, for your hit of chicken wing crack. When I’m in Vancouver, you’ll find me there most rainy nights. I’m not quick sure what makes their wings so addictive, but I’m pretty sure it’s a mix of MSG and sugar.

I skipped out on the powdered MSG, only because I don’t have any on hand – I don’t have anything against it at all, in fact, I have fond memories of my mom using it when we were little, before MSG got a bad rep. Instead of MSG, to amp up the umami flavor, I turned to one of my other favorite flavors, fish sauce. A quick fish sauce and sugar marinade, rice flour for a light and crispy coating, and lime with salt and pepper for dips and you’ve got fried chicken wings that I could eat all day, every day. Seriously guys, this fried chicken is magic. It manages to be light (for fried chicken) and the sugar just adds that extra bit of interest. I know what you’re thinking, sugar on chicken?! But trust me, you want this chicken. I want this chicken!

Have you guys ever seen a banana tree in real life? They’re kind of freaky looking. I think I’ve seen them before when I was a kid visiting Thailand with my parents, but I must have put them out of my mind because of how strange they look. I saw a bunch of banana trees recently in Hawaii, and even here in LA and they’re just as scary as my five-year-old self thought they were. I can’t imagine who saw bananas and thought they would be good to eat. I’m guessing we can thanks our monkey friends for figuring that one out. Speaking of monkeys, do you know that they like to peel them from the “bottom” end – opposite the stem? I forgot who taught me how to do that, but it’s the only way I open bananas now. I like the built in handle that you can hold on to and when you open them from the “bottom” end, which is actually the top, if you’ve ever seen a banana tree, the fruit inside doesn’t end up mushy or bruised.

Then again, sometimes all you want are mushy old bananas. Especially when you’re going to make banana bread. I’ve written quite a few posts about banana bread – apparently I’m pretty passionate about it – and if you’ve read any of them you know that I’m on a quest for the ultimate banana bread.

I’m forever asking people what their favorite banana breads are so I can test them out. Alana gave me a heads up for this recipe and I couldn’t wait to give it a go. I thought it would make a sweet gift for one of my close friends – she’s a banana sweets fiend (her fave is banana cheesecake from The Cheesecake Factory) and she just had an adorable baby boy named Oliver.

This loaf was almost everything I dreamed. The flavor was intensely banana-y and the crumb was small, tender and moist. The only thing missing was a domed top. To me, flat top loaves just don’t have that same appeal. If I could figure a way out to dome this baby it would be the ultimate. In any case, it’s still my current top banana bread and that’s saying a lot, coming from me! 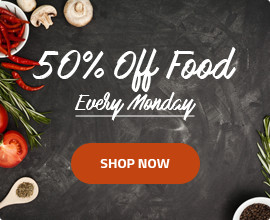